CASA’s main objective is to promote and defend post-secondary students’ interests with the goal of creating a more accessible, affordable, innovative, and high quality post-secondary education system in Canada. We achieve these goals through a number of different activities, including conducting research, developing policy recommendations, actively advocating to the federal government, as well as spreading awareness, through communications activities and campaigns, about important issues affecting post-secondary students in Canada.

CASA is highly regarded for its research capabilities in relation to the post-secondary education sector, and is often called upon by government to lend its expertise. CASA continuously conducts research on topics that have been identified as important by our membership. Findings are subsequently transformed into pragmatic policy solutions, which are then presented to government in the form of face-to-face meetings, presentations to government committees, or through written submissions.

With our office located in the heart of the nation’s capital, we defend and promote post-secondary students’ interests by actively advocating to the federal government. By meeting regularly with key decision-makers in the public service, including senators, members of Parliament (MPs), and cabinet ministers, CASA relays the priorities of its student membership to those who have the power to effect change.

To further maximize our impact, CASA hosts an Advocacy Week each year. During this week-long event, post-secondary students from across the country come together in Ottawa to present their concerns directly to parliamentarians on the Hill. Year after year, this event continues to have a big impact. In fact, CASA's 2016 Advocacy Week was recognized as one of the largest advocacy efforts in Ottawa, and the event has consistently resulted in significant wins for students. 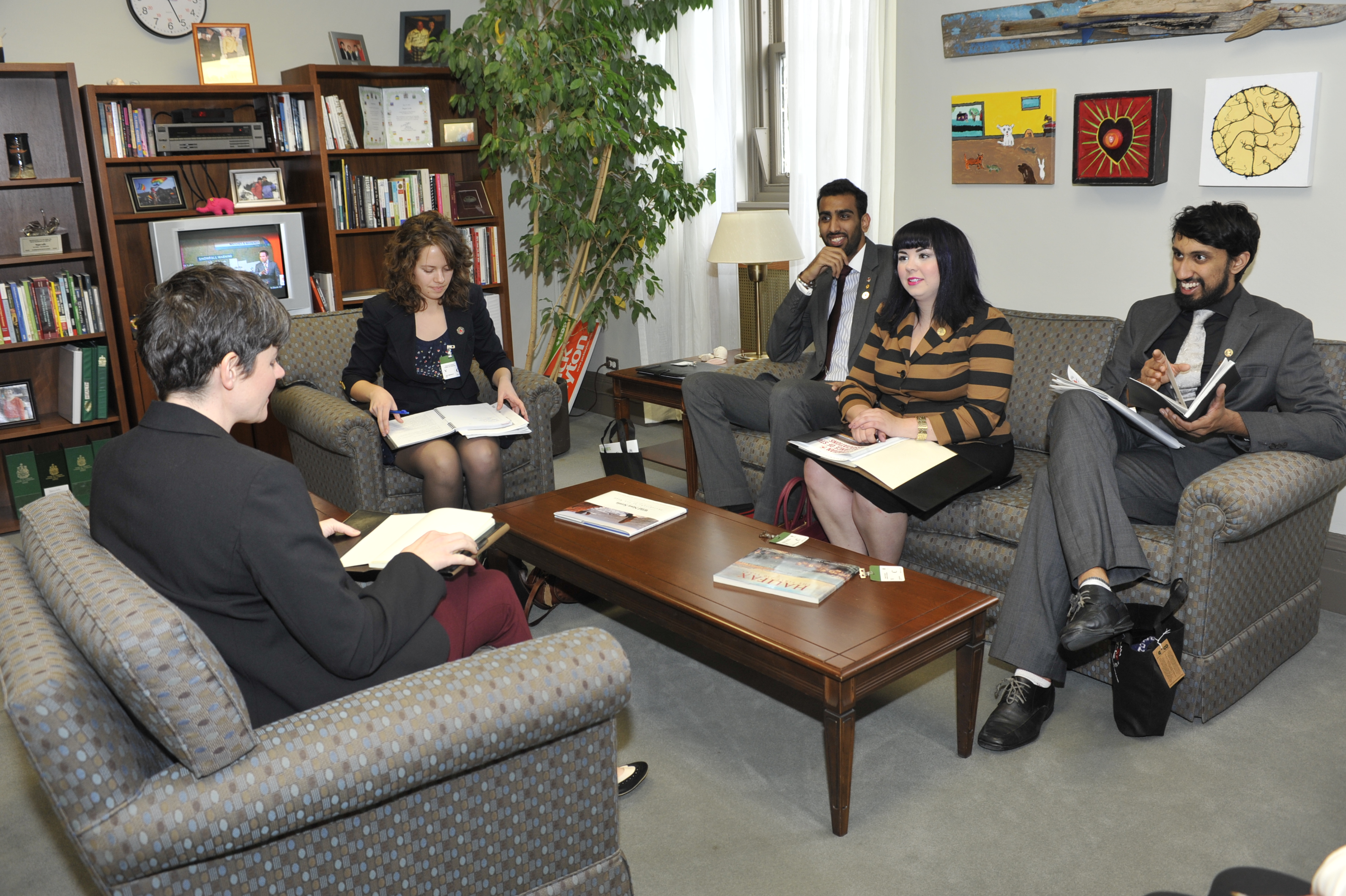 When something happens that profoundly affects Canada’s post-secondary students, CASA analyzes the situation and issues a response. This response is generally issued in the form of a press release, and serves to better inform the media, policy-makers, and the general public of the student perspective. We also have an active social media presence that helps us to spread the word about important issues in post-secondary education, as well as helpful programs and services that the federal government has put in place. To receive these updates, follow our Twitter, Facebook, and Instagram accounts.

CASA has launched a number of successful campaigns to spread awareness about important post-secondary issues and mobilize students to participate in the push for change. Most recently, we held our non-partisan Get Out The Vote campaign to encourage young Canadians to vote in the 2015 federal election. With more than 42,000 students engaging with this campaign, we were proud to have played a role in improving youth voter turnout - which increased by 12 percentage points for those aged 18-24! More information about youth’s role in the 2015 federal election is available in Abacus Data’s report, a study commissioned by CASA.

Share this with friends
Facebook Twitter Email Copy Link
Is your student association ready to become a member?
Learn More
What We Do
What We Do
@CASAACAE unites and amplifies the voices of post-secondary students across Canada. Find out more!